Description:  At the beginning of semester we were assigned the task of creating a prototype of the new Animas campus. The idea was to get empathy and input from the users of the campus. After getting the input from a bunch of different users we had to conduct prototypes and eventually construct a budget as well as an abstract and blueprints with measurements and title of the whole campus.


At the beginning of this project I was pretty excited. We were told to fill out a survey about what we were interested in growing in as for builders and student designers. Little did we know that the survey was only to help the teachers to put us into our groups and it wasn’t being used to actually set us up with growing in what we wanted to grow in. If we wanted to grow in one of the things on the survey we  When they said group project I thought there was going to be around 7 people to a group. We were assigned 4.


Group Reflection:  When they assigned me to my group there was only one familiar person, Ori. There were two other people I had seen before but had never really talked to. The first task was for us to build a boat together to test our ability to work as a group. Although the boat itself wasn’t the best, it wasn’t the worst. Immediately when we began building the boat it was like it was just Willa and I working together and Jackson and Ori working together.

At first it worked out ok, we all kind of got a long and Ori and Jackson worked very well together and Willa and I worked well together. When it got to doing our own separate tasks, such as the article reading and activities, we didn’t really work together. We finally came back together in order to figure out and conduct our empathy interviews.  I did 4 or 5 empathy interviews, Ori did around 3 to 4, Jackson did around 3 to 4 as well, and Willa did around 2 to 3. Within the next week or so we started prototyping. This is when things started falling apart. During most of our prototyping Jackson was gone. As for the rest of us, willa and i stuck together and Ori kind of took the part in finding little things to fix or to add. As Willa and I, we did most of the work on our prototype for the exhibition. I definitely took the lead on the group. I assigned jobs, tried to keep people on task, and when something wasn’t done as well as needed to be, which happened a lot, I was stuck having to fix it.

Being the group leader was something I was very unfamiliar with. I was not used to the responsibility. I  spent half of my time freaking out about weather or not everything was done and looked right, and the other half correcting everything and yelling at my group in order to get things done. Another reason this group didn’t always work very well is because we all got pretty easily distracted. Usually I would be the one to stay focused which was rough because I felt as though I was the only one that cared. Now don’t get me wrong there were times where my group really came through. Willa wasn’t always willing to do things, but when she did them, she did them well. As for Ori, he was the opposite. He was pretty willing to do things but he didn’t always do them the best. As for Jackson, he was pretty much the same as Ori, pretty willing, but didn’t always come through. I am not quite sure why this group didn’t quite work out. Maybe it is because some of us are just too different from each other and others are a little too similar. But even though we went through all of this I can’t truly say that these group members didn’t do anything. Although I would have to be none stop on them about keeping busy and doing things right, they did well.

As for the project itself, I felt very negatively towards this project if I am being completely honest. Looking back on it now, a big reason I didn’t like this project was because of the lack of structure.It felt just very unplanned at times, and other times it seemed as though some of the things that were planned were just not the most useful. For instance the article given to us at the beginning. For me as well as many others this article didn’t teach us anything, and didn’t help. Something I really didn’t like was that there were times that felt super rushed and that caused me to just want to finish rather than actually learn. I never got to learn about sketchup because it wouldn’t download on my computer, and instead of learning from jackson I felt as though I was just trying to get everything else done, so I didn’t have time. All in all we just didn’t work well together for the most part and evidence of this is almost the whole project. We were unprepared for a lot of things, we were focused on the wrong things, and we didn’t quite get everything we envisioned. If you look at the blueprints, they aren’t finished. The budget doesn’t look like how it is supposed to look like. But our original ideas were very cool and very unique, we were just unable to work well enough together in order to include everything into the final design.

Biggest Take-aways: I have a few big takeaways from this this project. I learned all about Permaculture, which I found pretty interesting. I enjoyed doing the researching and creating slides I was proud of. The evidence is in our presentation. I learned how to adapt and work with others that I normally wouldn’t have worked with. I gained responsibility and new leadership skills. I also learned the struggles of having to be the group leader as well as the struggles of creating beautiful work.

Relevance and Personal Growth: I think that this project was something that was pretty useful and I thought it was a good idea for the project. As for how the project went and certain things that were assigned, I don’t think they were helpful and they were not very useful. An example of this, as I mentioned before, is the article, “In Praise of Shadows”. I did not find this useful in any way. I saw it as busy work and a pain in the butt. I also did not seem to find the whole ”conduct your own field trip” useful or relevant. But in certain aspects, the reason this project was not the best for me was because I had a negative outlook on it for the most part. I think a huge part of this had to do with me forcing myself to be the group leader and to take so much responsibility. I hope to learn and grow from my experiences and although I am not exactly proud of our end result I hope no longer hold grudges and blame others for things that are some what my fault as well.
Design Abstract
Sustanable Energy Presentation 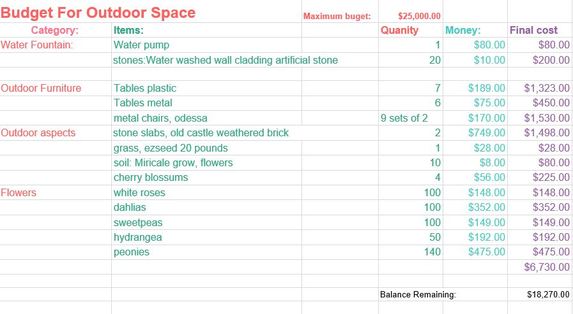 Some of my individual work. 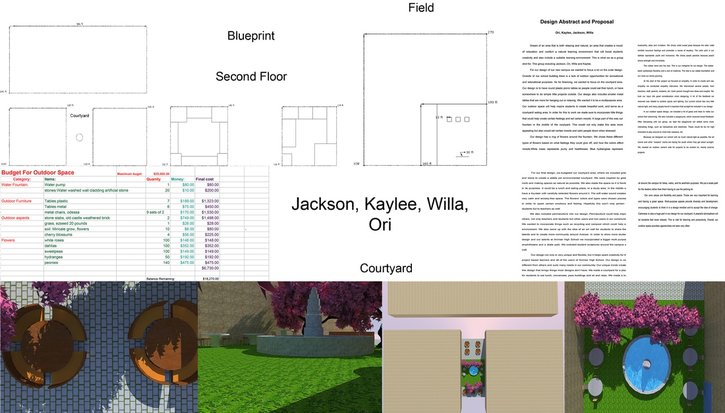 Although I didn't make the sketch up model of our design I did make the paper prototype with Willa and I came up with most of the ideas for this area. Sorry I no longer have a picture of our drawn up prototype aswell as the original prototype.

Thank you teachers, for letting our creativity thrive and our voices be heard!