KAYLEE BEEMAN'S DIGITAL PORTFOLIO
El plan de Raquel
Here is a little song my friend Hannah and I wrote about one of the chapters of the book Los Piratas.

For this semester of Spanish part of what we worked on was creating our own stories in Spanish. My story is about two elephants who come together to save one another and use their differences as a way to become better friends. I hope you enjoy!!
Link to Story 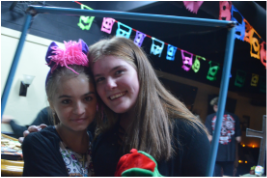 ​Dia de los Muertos
Dia de los Muertos originated in Mexico to honor those who have past and is now celebrated all around the world. Families gather on November 1st and 2nd to celebrate it by going to the altars made before hand and doing things to remember and celebrate the life of the deceased, and it coincides with the Catholic holiday called All Soul's & All Saint’s Day. They celebrate with festivals and parties. But the main thing they focus on is making altars, and finding time to visit their loved ones graves.
​
I chose to celebrate my mom. I knew everything about my mom s o it was easy to make an altar for her. I selected things that she liked and things that were hers. I chose turtles and bears because they were her favorites. I had pictures of her all over the altar a long with words that described her. I also had the traditional Dia de los Muertos items such as sugar skulls and papel picado.

I didn’t learn much about Dia de los Muertos because I already knew all of that stuff because of the project I had done before. I liked doing this project though because I got to do things like make sugar skulls and design them. Plus I kind of felt as though I was celebrating my mother’s life which is something I haven’t really done. I also got to eat good food when doing this project. Overall it was pretty fun and I enjoyed doing it. 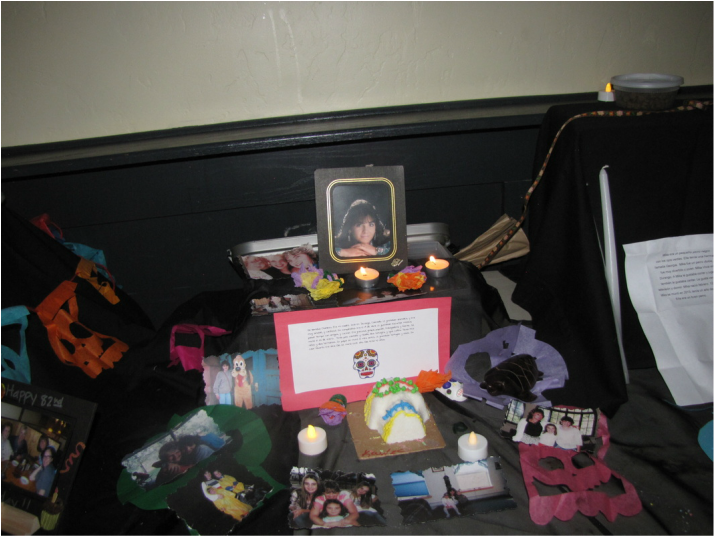